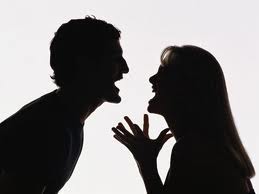 I’m primarily a Liberal.  But I’m also a writer.  And what that means is I don’t arbitrarily hate what is different from me.  Not saying that Liberals do… nor their Conservative counterparts…. what I’m saying is I can see the logic and benefits of many sides of any issue.  I guess some would call me a Centrist in attitude and a Liberal in practice.

Couple months ago I went to a financial planning institution to straighten out my investments.  See, a few years back I did SUCH a good job at cutting costs (streamlining) and sales at my mother’s business that I got a SEP contribution.   My (then) husband was a trained financial planner so he opened a TD Waterhouse (now Ameritrade) account with it.  What he neglected to tell me was I had to take charge of where I dispersed it.  And since I was raising 3 kids (4 if you counted him), working and going through peri- menopause, I completely ignored that account for 4 years.  Where it sat there, not even collecting interest!

In calling the company that handled my Roth IRA investments to see about name changes, etc last year I found out it wasn’t set up the way I wanted it originally.  See 17 years ago when I left a job to marry and move to Texas I had somehow accumulated a pension.  So I rolled it over into a Roth IRA through my new brother-in-law who worked for AmEx Financial Planning (now Ameriprise – don’t you love the erie similarity in names).  I told him I wanted it put into socially responsible mutual funds.   He frowned but I was firm and so I thought he’d done that.   I contributed to it a bit in the early years of our marriage but after the third kid, pretty much left it alone.  It grew.

After the recent phone call though I found out it wasn’t in socially responsible funds.  And after talking to him I didn’t feel he was willing to help me move it to where I wanted.   And then after talking to the Ameritrade woman, personally, I realized this attitude was a permanent structure in the entire investment community.   Those who lived and breathed Capitalism would never understand or connect with the likes of me.   They were ruled by the “More money at any costs” greed aspect that extreme Capitalism generates.

Her explanation that an investor had the right to expect “as much return as he could get” from a company just because he had chosen THAT company in which to invest his money.  Yes, it had a level of logic.  And I saw that logic.  What I noticed was SHE didn’t see was the greed in the statement “as much as he could get.”   And that is the true core problem in Capitalism.  Yes, investing in companies with great ideas moves forward progress and is a wonderful way to use excess money to benefit society.  BUT (and this is a HUGE but, a Baby Got Back butt) it should NEVER become more important than the people in the company working for the company or the customers supporting/benefiting from the company.  And THAT is a part of Capitalism that Greed has blinded most people from realizing.

She sited GM and Unions as an example.  I kept my mouth shut.  Yes, the Auto Union in GM seemed to have wound its way into wounding the company.  Yes, many of the positive need for Unions had disappeared as we grew a social conscience as a society.  But did she see that cutting salaries from the top down makes more of a social impression than gutting pensions?  No.  And I knew at that moment she never would.   So I didn’t bring up Costco vs Walmart as a better business plan.  I didn’t bring up how big business has finagled into their pockets all the gov. subsides meant to help the smaller business [farms].  I didn’t mention the business owner who took a giant pay cut so his employees could all make $70,000 a year.

I didn’t say any of that, because she was old school.  I could tell this from her over tanned, bleach blond, fake nail manicure, over 50 at least appearance… and her conversation of tickets to the Derby opening as Santa Anita and how she had 2 horses running.   Times are changing, albeit slowly, and she and I will be dead before we see the complete change, but social media is allowing people to put their money where their beliefs are and more and more people are standing up against greed.   Not as many as their needs to be in my opinion, but I also think (or perhaps I’m being idealistic)  the NEW entrepreneurs are going to go more in the way of the Costco, Starbucks business model than the GM or Walmart.

Either way, I realized then that, again, I was on my own in making sure this investment went where I wanted it to go.    So I’ve got some research to do on socially responsible mutual funds.  And maybe a quick tutorial on “balancing” a portfolio lol.  But I was firm about TWO stocks I wanted to buy.  Costco and Tesla.   She babbled about how no one purchases stocks unless its in 50 share bundles because that’s how you sell it.  But when I went online to handle my account, the computer had NO problem using half the funds to buy what Costco stocks I could afford and the other half to buy what Tesla stocks I could get with the balance.  See… what she doesn’t understand is I don’t plan on selling these.  This is my way of letting my money support business’s I believe in.  If it makes a profit, yay… if it doesn’t, well, it’s money that was more of a gift than earned.

I would rather live a poor but happy life than get sucked into the level of SOULLESS GREED is see at the top.