21 Pilots…. something different… a KROQ Win!

I have won many radio concert contests from 98.7 AltRock station.  Although since they changed their contest format, not so much now.  But I did w 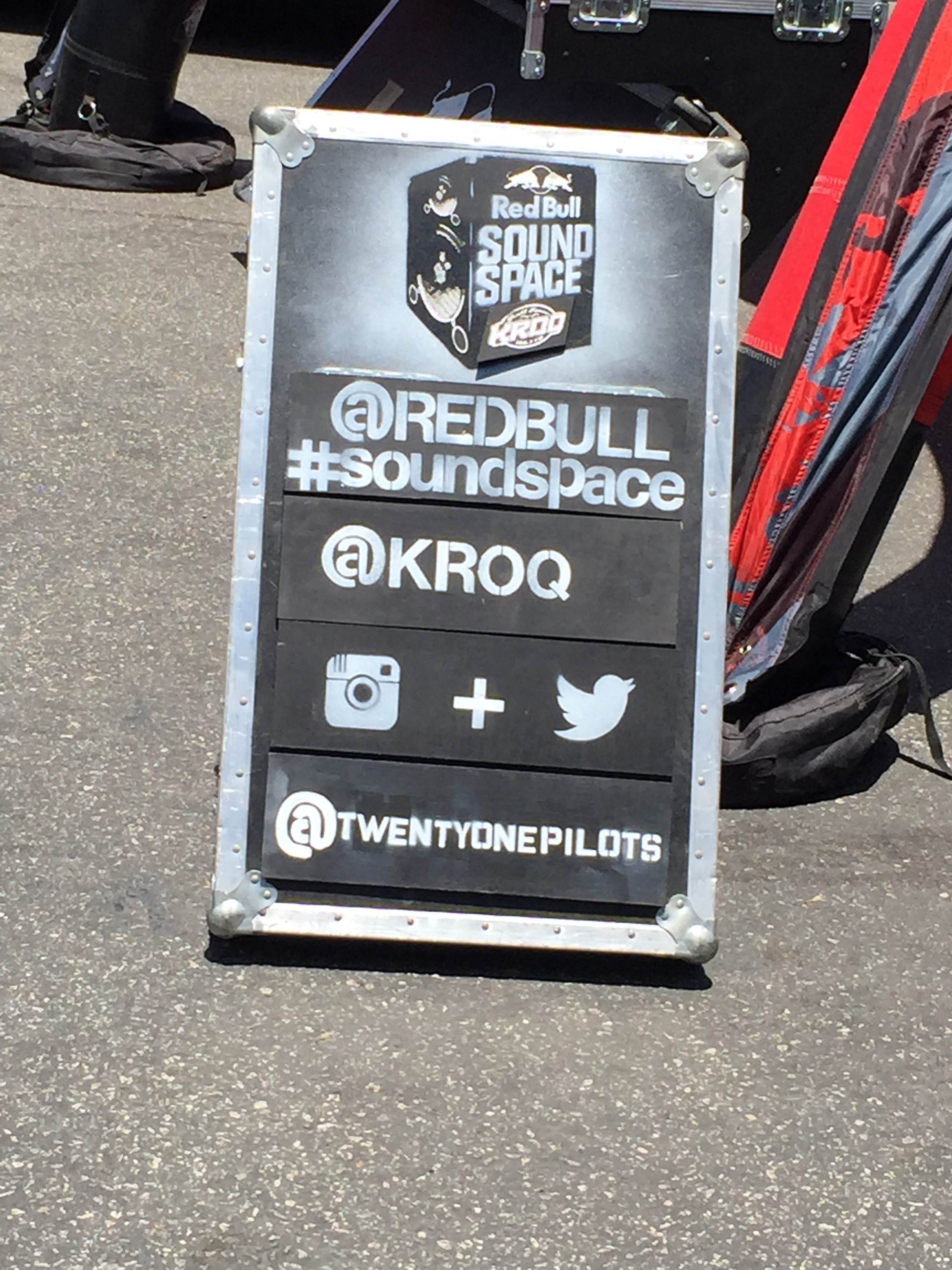 in through KROQ once!  And I will say in comparing the two I’d prefer the 98.7 win.   In summer 2015 I got free tix to see 21 Pilots at the KROQ Red Bull soundstage.  Sex God was hugely excited as this was his #1 band at that time.  Don’t get me wrong, I love them too, just not to that level of fanaticism.

Anyway we get to the venue and realize everyone is waiting in this long line to get in.  We didn’t think we were that early but joined the queue thinking it would move soon.  We were there for almost 30 minutes!  Shocking!  98.7 lets you into the venue and mill about getting drinks, etc, but their venue is a Penthouse off site of the studio.  Anyway, they check tickets and I.D.’s handing out wristbands for drinking while we all wait.  Then finally, the line begins to move!  And as cattle we herd into a small room with a roped off section for 21 Pilots to play.  That section isn’t raised and since we weren’t the first 20 people there I technically didn’t get to SEE 21 Pilots play!  Curse my shortness!

There was free RedBull and you could buy drinks but we opted out since it was noon! lol   Hearing them was marvelous and Sex God was able to see over most heads to the performance.  I was able to watch a smidgen of it through the camera of the guy in front of me filming off his phone!  Ha!   Again, my heel spurs really made my feet pain to just stand there, so once the band finished we didn’t mill about but left the venue.

It was fun, but I won’t be entering any more of THOSE contests…  well, not unless I plan on getting there early and waiting an hour outside!